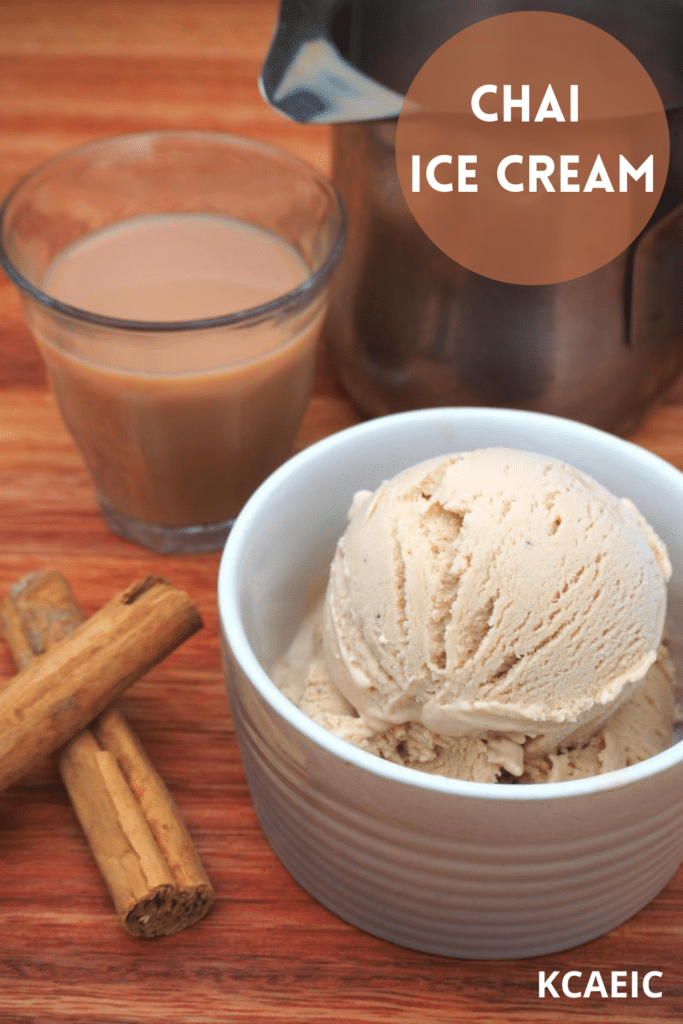 This masala chai ice cream has all the warming chai flavors of ginger, cinnamon, cardamom and honey, to name just a few. It's just like a wonderful cup of aromatic spiced chai latte but in an ice cream!

What is masala chai?

Masala chai or mixed spice tea is a type of tea made by brewing black tea, herbs and spices. It originated from the Indian sub-continent and is now enjoyed around the world, often as a chai latte in western coffee shops. There are many, many different versions of marsala chai with their own unique mix of herbs and spices. This is my version but feel free to mix up the spices as you like with your own favorite blend.

I use whole spices where ever possible in this recipe. You can use ground spices instead if it's what you have or you can't get whole spices. This may make the ice cream grainier but it will still taste delicious.

Star anise: is a pretty star-shaped spice. It has a licorice-like flavor similar to aniseed.

Allspice: is a small brown spice similar looking to black peppercorns. They have a similar taste to a blend of cinnamon, cloves and nutmeg.

Cinnamon sticks: I used regular cinnamon sticks from the supermarket. If you can't get sticks you can use 1 teaspoon of ground cinnamon instead.

Fresh ginger root: will give a lovely fresh punch to this recipe. If you can't get fresh ginger you could substitute with ½ - 1 teaspoon of ground ginger, depending on how spicy you like it.

Cardamon pods: are small green pods popular in Indian food. It's important to crack open the pods first to help release their flavor. If you can't get whole cardamon pods you can use ½ teaspoon of ground cardamon instead.

Whole cloves: are highly aromatic, small, nail-shaped flower buds. You can use ½ teaspoon of ground cloves if you can't get whole ones.

Black tea bags: I used regular black tea bags in this recipe. You could use different black tea such as earl grey or English breakfast. If you use herbal tea instead it would not have the same color. You could even try using chai tea blend but I would still add the extra spices to give it a better flavor.

Honey: I used mild-flavored honey here so as not to compete with the spices. You could mix things up with different honey if you prefer. Where-ever possible I try to buy local honey. You could substitute honey with ½ a tablespoon of glucose syrup if you prefer. It won't be as sweet or have the same flavor, but it will help with the texture and scoop-ability.

Full cream milk: gotta be the full cream stuff, so around 3.5% fat. Anything less is going to make your ice cream icy.

Thickened cream: I use thicken cream. The key thing is it needs to have a fat content of around 35%. You could also use heavy cream or heavy whipping cream.

Egg yokes: use large eggs and separate out the whites. You can set aside the egg whites to make something else with, such as my simple amaretti cookies or pretty rainbow meringues.

Sugar: regular granulated sugar is fine for this recipe. You could also try brown sugar. I don't recommend icing/confectioners sugar, it won't be the same.

Measure out all your spices and have them ready to add to the ice cream mix to infuse.

If using a double boiler put the water to boil.

Put the milk into a small saucepan and bring to a simmer. Add the tea bags, turn the pot off and leave to steep for three and a half minutes, then remove tea bags.

Add the egg yokes to a bowl and beat in the sugar until pale and foamy. Add the warm milk and tea mix about a third at a time, mixing well between additions to temper the egg yokes.

Add cream to the top of the double boiler on medium to low heat. Add egg, milk and sugar mix and stir well to combine. Add honey and spices.

Cook the custard mix, stirring frequently, ensuring to scrape the edges until the mix thickens and coats the back of a spoon or spatula. Remove the double boiler from heat and allow it to stand for a few minutes to cool.

Hot tip: If using a double boiler put the top into a colander on the stove top to cool to stop it tipping over.

Carefully transfer to a heat-proof container, cover and refrigerate for at least four hours, ideally overnight to infuse all those lovely earthy flavors.

Put your ice cream storage container in the freezer to chill. If using a self-churning machine, turn it on about ten minutes before you churn your ice cream. Otherwise take the churning bowl out of the freezer right before churning.

Strain spices out of the ice cream mix, then pour the mix into the ice cream churner and churn. It will be the consistency of soft serve when done.

Transfer to a chilled container and freeze until firm.

To serve remove from the freezer, scoop and enjoy! Fabulous with a cup of warming chai tea on the side and a drizzle of honey or on its own. Delicious! 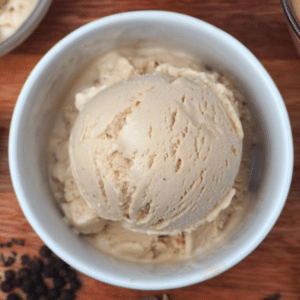 I used black tea bags and a mild honey so as not to compete with the spices.  You can mix things up by using different tea or honey flavours if you wish.

Keywords: chai, custard based ice cream, masala chai, spiced tea
Tried this recipe?Let us know how it was!