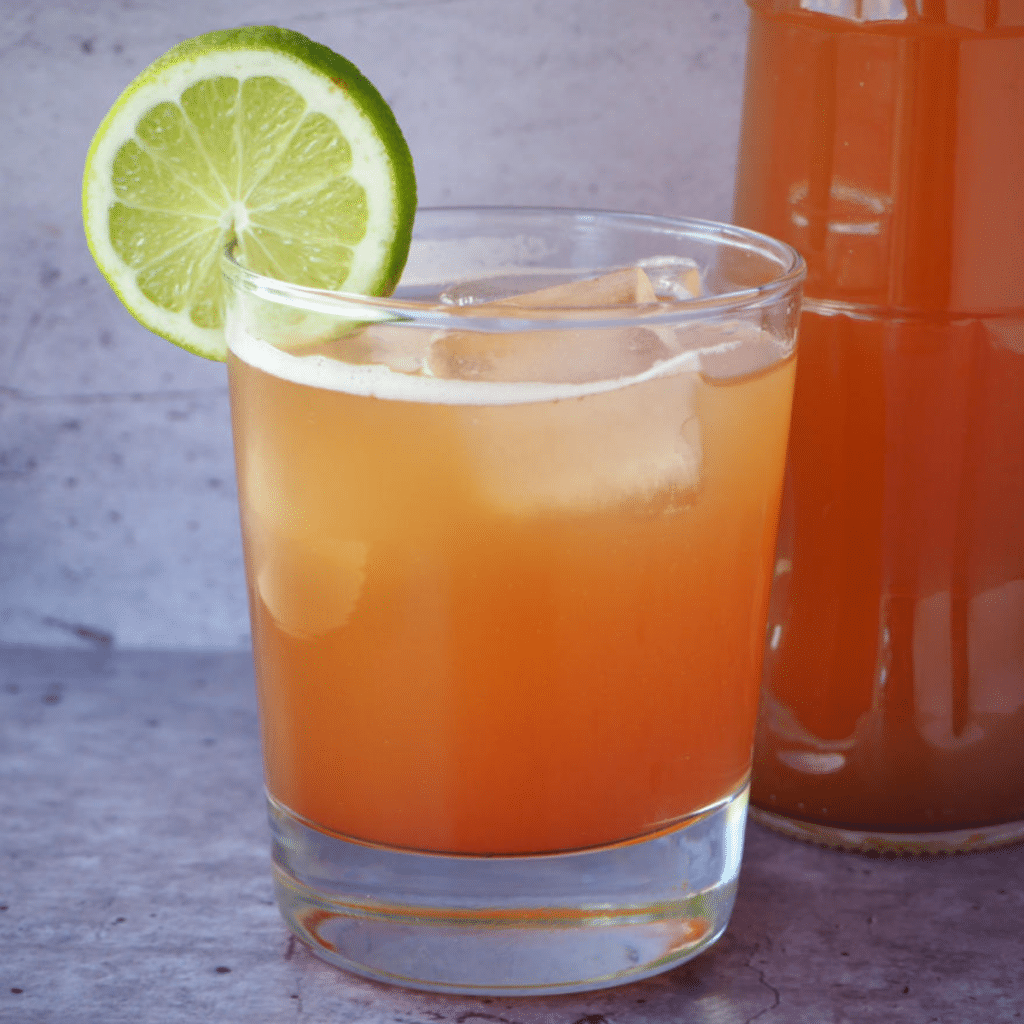 This homemade cola is a refreshing way to make your own cola at home. With kola nut powder to give it a natural kick and aromats including cinnamon, citrus and vanilla, there's not surprises or secrets in this recipe.

Cola is a sweet non alcoholic drink flavored with vanilla, cinnamon and citrus such as orange, lemon and lime. Most colas contain caffeine which was originally from kola nuts, hence the name. The caffeine in most cola's these days comes from sources other than kola nuts.

There are many brands of commercially produced cola, the two most famous being Coca-Cola and Pepsi. All of which have their own unique combination of flavorings, many of which are trade secrets. The usual ingredients include vanilla, cinnamon, citrus such as bitter orange and may contain other spices and aromatics such as nutmeg, coriander and even lavender.

There are no surprises here. With this homemade cola recipe you know exactly what's going into your cola. With its combination of aromatics it really does taste like cola but with more complex flavors than your average can of fizzy pop. I use kola nut powder as used in the original colas to give this cola a natural caffeine boost.

Kola nut powder: was one of the original ingredients in a lot of colas and contains naturally occurring caffeine. The kola nut gives a natural lift to this cola. It is available from some health food and specialty stores. Kola nut powders can vary in its strength to its important to always read the label and adjust the amount of kola nut powder accordingly.

Brown sugar: also called light brown sugar, adds to the classic caramel colour of this cola. You can use dark brown sugar if you prefer. If you use white sugar your cola will be a lighter color.

White sugar: adds much needed sweetness to this recipe. If you prefer your cola less sweet you could add less sugar.

Oranges: this recipe uses the zest from two oranges, and the juice from one orange. The zest contains orange oils and adds flavor and some bitter notes.

Lemons: this recipe uses the zest from one lemon and the juice from half a lemon. As with orange, the zest contains lemon oils that add flavor and bitter notes.

Limes: this recipe uses the zest from one lime and the juice from half a lime.

Cinnamon: this recipe uses ground cinnamon to add characteristic cola flavor to this recipe. You could try using whole cinnamon sticks but it

Ginger: this recipe uses freshly grated ginger to give it maximum zing. At a pinch you could use ground ginger instead but it won't have the same warmth.

Vanilla: this recipe uses vanilla essence. You can use real or imitation essence as your preference and budget allows, or a freshly scraped vanilla pod if you prefer.

How to make homemade cola

Add the white and brown sugar and water to a medium sized saucepan.

Add the water, cinnamon, coriander seeds, nutmeg, kola nut powder and ginger to the saucepan. Put onto a medium to high heat and stir well to dissolve the sugar. Once the mix starts to boil, turn down to low and simmer for twenty minutes with the lid on, stirring occasionally.

Remove from heat and allow to cool. Zest and juice one orange. You should get about three tablespoons of juice from the orange. Zest another orange but do not juice it. You can use a zester or a fine grater to zest the orange.

Zest the lemon and juice one half. You should have about one and a half tablespoons of juice from the lemon half.

Zest and juice one half of the lime. You should have about one tablespoon of juice from the lime.

Add the zest and juice from the orange, lemon and lime to the saucepan. Add the vanilla and citric acid. Stir well.

Put lid on the sauce pan and chill in fridge for two to four hours to allow the flavors to develop. Make sure you put a chopping board or pot holder underneath the saucepan to stop it damaging your fridge shelf. If you don't have enough room for the saucepan in your fridge you can transfer the mix to a covered heat proof container.

One mix is chilled and has developed line a sieve with a cheesecloth or clean new chux and put it over a large bowl or jug. Strain the cola. Transfer to clean jug or other airtight container and chill in fridge until serving.

This recipe makes about four cups (1 liter) of cola, which will make up to eight cups (2 liters) of ready to drink cola. You can add more or less water to the cola depending on how strong you like it.

To serve this cola put a handful of ice into a glass. Half fill with the cola, then top with either cold still water or cold seltzer (soda water). You can add more or less cola depending on how strong you like it. Finally garnish with a slice of lime on the side. Delicious!

You can store this cola in an airtight container in the fridge for up to two weeks. It may start to settle a little when stored so give it a gentle shake before serving. 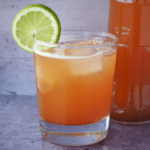 This homemade cola is a refreshing way to make your own cola at home. With kola nut powder to give it a natural kick and aromats including cinnamon, citrus and vanilla, there's not surprises or secrets in this recipe.
Prep Time30 mins
Cooling time2 hrs
Course: Drinks
Cuisine: Austalian
Keyword: Cola, homemade cola, Kola, Kola nut