×
You are here: Home / Ice cream / Can I make ice cream without a churner? No churn vanilla ice cream

How to make ice cream without a churner and an easy no churn vanilla ice cream recipe.

So Sarah I hear you say, all these ice creams sound delicious but I don't have an ice cream churner.  Can I still make ice cream Without one?
Yes, yes you can.

There are a few options.  Some are easier than others.

First try making a no churn ice cream recipe, such as the one below.  This is pretty much the standard no churn ice cream you'll find on the internet. These recipes often use condensed milk to help replicate that creamy ice cream texture without the churner. I sometimes find this recipe can be a little heavy on the mouth feel but I've had inconsistent results, so maybe due to differences in milk fats in the cream. It still tastes good IMO, and what it lacks in refined flavour it makes up for in sheer easiness!

Secondly you can manually mix the ice cream.  Make your ice cream mix. Pour into s shallow container (a brownie tin works well).  Put in the freezer until it starts to freeze around the edges, about 45mins ISH.  Mix well then return to freezer.  Repeat this process until the ice cream is the desired consistency.

In theory this method works for any ice cream mix. It will be less light and airy than churned ice cream and may have an icier, grainier texture due to larger ice crystals.  I have read this method works better with custard based as the fats and stabilising effects of the eggs reduces the formation of ice crystals.  But if you're the kind of person who's going to go to the effort of making a custard ice cream base then I presume you like your ice cream enough to get a cheap churner at the very least.

In my option you're better off making a no churn recipe like this one or going and getting an ice cream maker.

You may be wondering just how much of a difference does churning make? I decided to find out.

Beat until thick and starting to form peaks. Then I divided the mix to into two batches. The first I poured straight into a metal tin, covered and put it into the freezer.

The second I put into my pre-chilled ice cream churner (review coming soon). I churned the ice cream for about 25mins, poured into a metal tin, covered, labeled and put into the freezer.

Both batches were left overnight in the same freezer.

Both the churned and not churned were reasonably hard when they came out of the freezer but that's fairly typical with home made ice cream.

After about 5 mins and a heated ice cream scoop I was able to get scoops from both batches.

Both had a similar taste, but the not churned batch had a noticeably different texture. It has more obvious ice crystals in the mix, more texture when scooping and generally chunkier feeling to it.

The churned ice cream was finer with much better texture and creamier mouth feel.

So the churned ice cream was better, but if you're looking for an easy no churn ice cream this is a great place to start.

Have your tried this recipe? I've love to know how it went in the comments below.

This sometimes freezes quite hard.  If its to hard to scoop leave it out of the freezer for 5 mins and make sure you heat up your ice cream scoop. 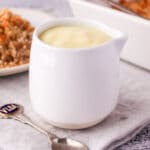 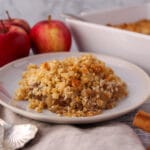 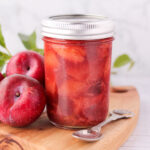