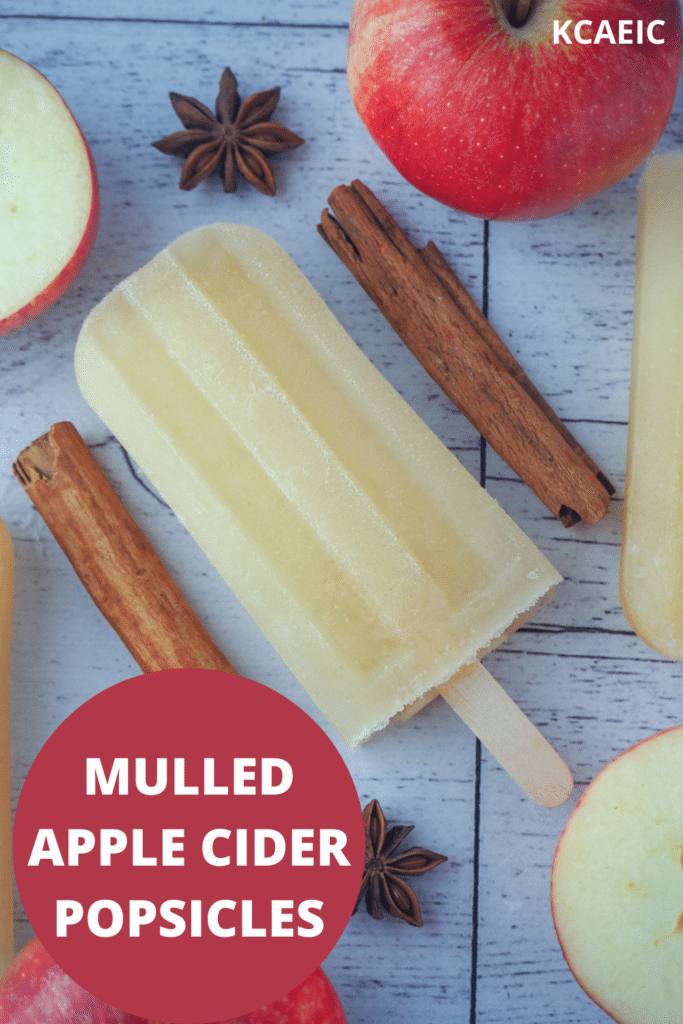 These mulled apple cider popsicles take the wonderful fall flavours of apple and mulled spices and turns them into a delicious and refreshing popsicles. Made with non alcoholic cider they are a treat the whole family can enjoy.

What is the difference between cider and hard cider?

The term cider is used to describe different drinks, depending on what part of the world you live in. In the UK, Australia and New Zealand cider is the term applied to an alcoholic drink made from the fermented unfiltered apple juice. In the U.S. this alcoholic cider drink is called hard cider.

In many parts of the world unfermented apple juice, or cider in the U.S., usually refers to cloudy apple juice or apple juice that has not been filtered, thus retaining its cloudy appearance.

This recipe uses non alcoholic cider or unfermented cloudy apple juice to keep these popsicles a kid friendly frozen treat the whole family can enjoy. A great allergy friendly treat for Thanks Giving or Fall for the kids that's dairy free, nut free and egg free, so it ticks all the boxes! If you are looking for a more traditional Thanks Giving dessert you could try making my vegan apple crumble. Excellent on its own or with lashing of my vegan custard. Delicious!

Apple cider: to make these popsicles good for everyone to enjoy I have used cloudy apple juice, also known as non alcoholic cider. Cloudy apple juice is usually available in the chilled section of the store.

Whole cloves: will all a great warmth to the cider without any gritty bits but they can have quite a strong flavour. Don't be tempted to add to many and make sure you strain them before pouring the mix into the popsicle moulds.

Star anise: have a sort of liquorice flavour. If you don't like them you can leave them out.

Ginger root: fresh ginger root gives these popsicles a lovely warming flavour. You can use a teaspoon of ground ginger instead, depending on how strong you like ginger flavours.

Oranges: give this recipe some fresh citrus flavour. You can use whatever citrus you like including mandarins or tangelos.

Apples: you can use whatever apples you like in this recipe, so long as its a type you like to eat.

Cut the apples and oranges in thin slices and add to a big pot. You can cut some star shapes out with a cutter if you want for some optional extra prettyness.

If the apple cider has settled gently shake the bottle to incorporate the sediment. Tip the cider into the pot with the orange and apple slices. Add the slices of ginger root, star anise, cinnamon sticks and cloves.

Stir the pot, put a lid on and bring to the boil. Once boiling turn down the heat and simmer for thirty minutes or so or longer if you want a stronger mulled spice flavour in your popsicles.

Remove from the heat. Pour the mix through a sieve to filter out the spices and orang and apple slices. Put into a heat proof jug and chill in fridge for at least two hours or until cold.

Hot tip: make sure there is room in your freezer for the popsicle moulds before pouring the mix into moulds, or there will be tears!

Pour the mix into the popsicle moulds, add sticks and apple stars if using, and freeze for at least right hours, preferably overnight.

To serve gentle remove from popsicle moulds and enjoy!

These popsicles will keep well in a airtight container in the freezer with baking paper between them to stop them sticking to each other for up to a month. After this the spice flavours may start to dull, but they will still taste delicous.

Looking for more yummy dessert recipes? Why not try making: 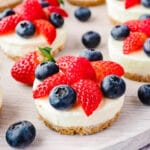