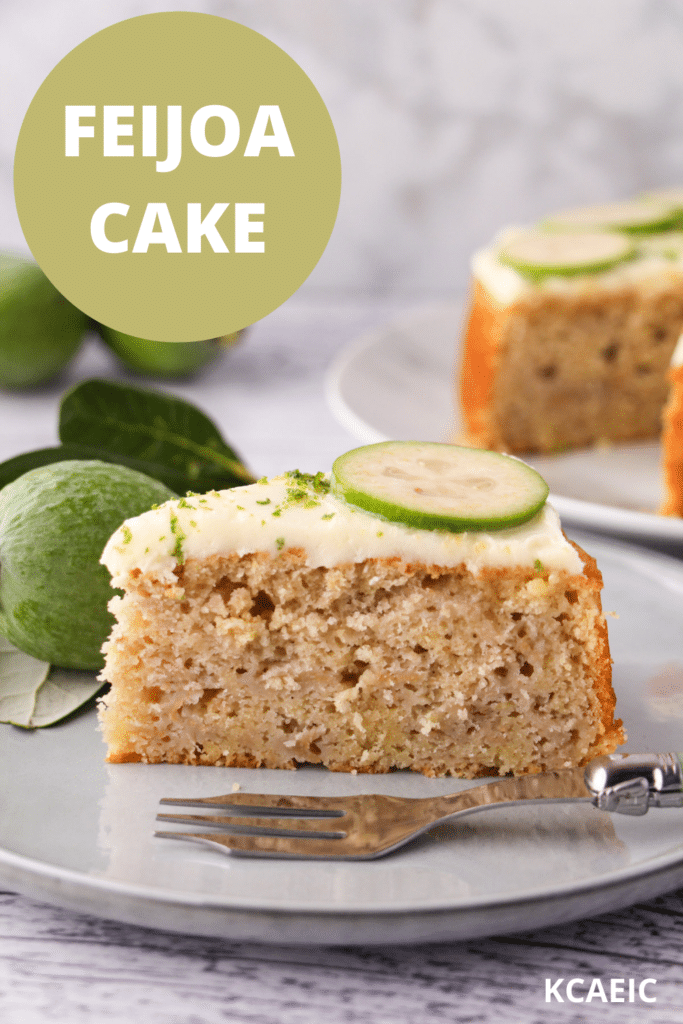 This feijoa cake is pretty as a picture. With a luscious lime icing and fresh feijoa decorations, this cake looks amazing and tastes even better.

Feijoas aka pineapple guavas are incredibly popular in my husbands home country of New Zealand. You can just about buy feijoa everything at the supermarket, from juice and yogurt to ice cream, sweets and cider. The trees are planted all over and people often have a Lot of fruit during the season which can be anywhere from March to May.

So kiwis are always looking for fresh and interesting ways to use the abundant fruit. This fresh feijoa cake is a delicious option. With a hint of lime to boost the natural tang of the feijoas and fresh feijoa decoration, you'll be serving this up for morning tea all feijoa season.

Of course if you are looking for more fabulous feijoa recipes you could also try my feijoa crumble, feijoa ice cream or my husbands personal favourite, feijoa cheesecake.

Feijoas: you can use fresh or frozen feijoa pulp for this recipe. You will need one and a half cups of flesh or about 300gms in total. Outside New Zealand feijoas are sometimes available from local buy/sell/swap groups. People often have trees and are will to trade for some fruit. You can also use frozen feijoa pulp for a year round treat.

Limes: some fresh lime helps boost the natural tang of the feijoas in this cake. You could also use lemon if you prefer.

Sugar: a little sugar helps balance the tang of the feijoas. I used white sugar in this recipe to let the feijoa flavor shine, but you could experiment with other sugar such as brown.

Butter: I use unsalted butter in this recipe.

How to make feijoa cake

Put the butter and sugar into a bowl and beat with a hand held electric beaters or in a stand mixer until pale and fluffy. Add the eggs one at a time, mixing well between each addition. Add the time zest and juice and the vanilla and mix well.

Hot tip: the cake batter may start to look curdled at this point. This is normal and it should come good when you mix in the flour.

Add the mashed feijoas and mix untill combined. Add the flour and mix until just combined. You don't want any unmixed in flour but do not overwork the batter.

Transfer the cake batter in the prepared cake tin and bake for fifty minutes, or until golden brown. This is quite a moist cake so a skewer inserted into the cake to test make come out with a few crumbs, but should not be to battery.

All the cake to cool completely before decorating.

To decorate sift the icing sugar first. Its important not to skip this step, especially in humid countries such as New Zealand and Australia or you icing maybe lumpy and unpleasant.

Zest the lime to decorate the cake and then juice it.

Add the room temperature butter for the cake decoration and lime juice and beat with an electric hand held beaters or in a stand mixer until light and fluffy. Spread the icing over the cake and smooth down with a butter knife or spatula.

Cut some fresh feijoas into thick coins and dip each side in the dregs of the lime juice. Put them in a circle around the cake and sprinkle the lime zest in the middle and you're done!

This cake will store well lightly covered at room temperature for up to three days. 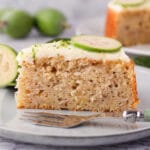 To make the cake

To decorate the cake 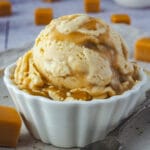 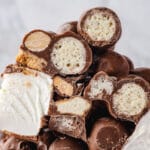 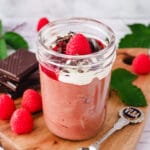 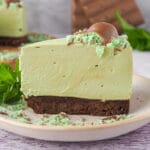